Stargate and the new beginning of Cosmos 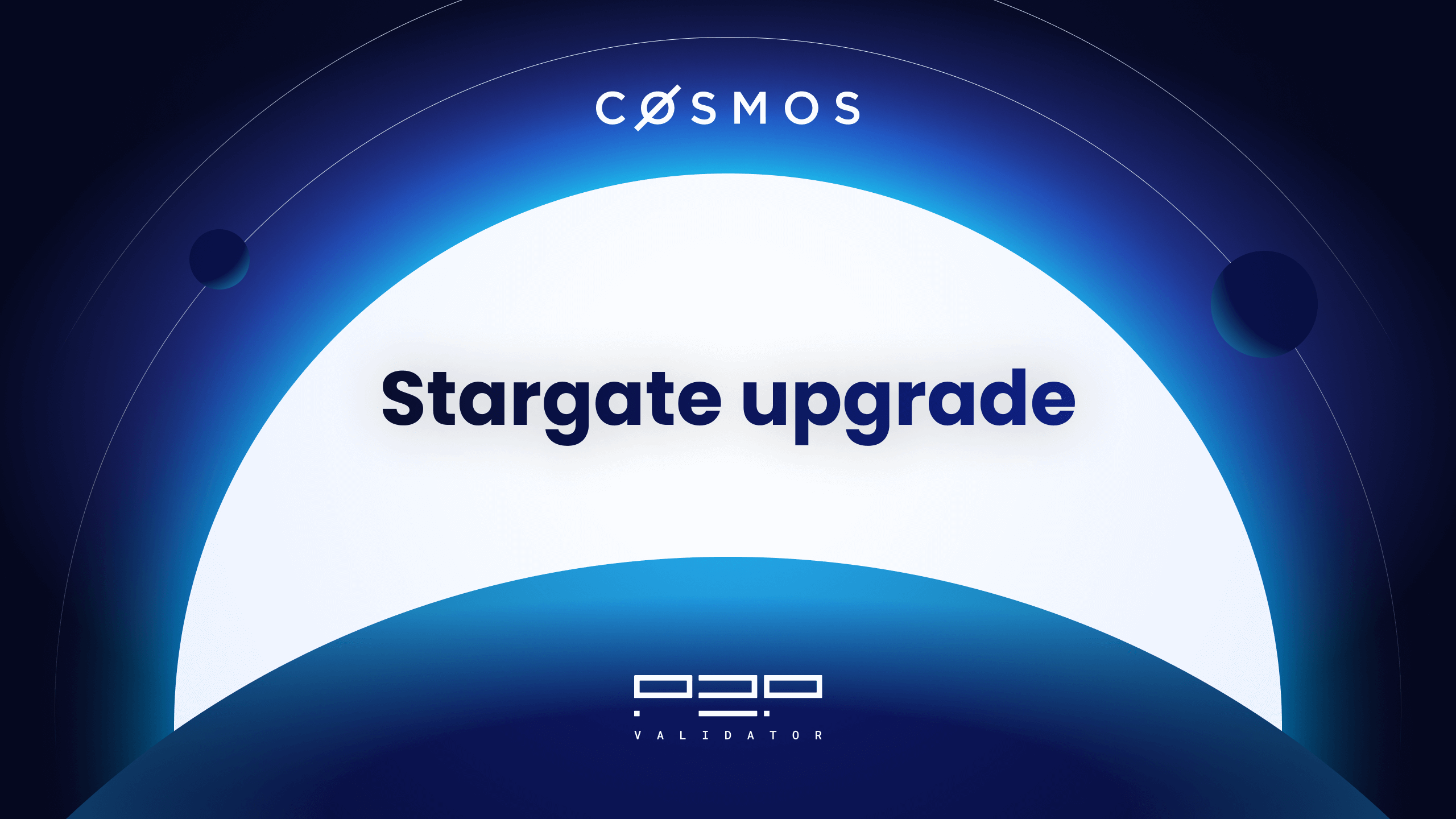 We have voted YES to initiate the Stargate upgrade for the Cosmos Hub. We believe in the potential of the Cosmos ecosystem to grow and that Stargate opens a new page of ecosystem evolution being a huge step towards the original Internet of Blockchains vision.

By being an active contributor to the Cosmos ecosystem, P2P has built the dashboard to track delegation history across all the hub versions and claim rewards - a ledger delegation interface to securely stake in three simple steps. We participated in Game of Zones to test IBC in action and won the first prize in two phases. Our validator has taken part in a series of testnets since the beginning to prepare.

Stargate is the largest upgrade in the Cosmos ecosystem due date. What does it mean for the Cosmos network?

The current state of the ecosystem can be compared to the cities of a country struggling to communicate without capital and financial centers to connect them with each other. With the enablement of Inter-Blockchain Communication (IBC) the value can be seamlessly transferred across the ecosystem unleashing the synergetic effect among application-specific blockchains. Cosmos Hub will become the first intermedium to connect them with each other.

The real long term challenge is to attract more builders and projects to the ecosystem to increase the cumulative value flow within the network. Notable improvements in performance and migration to Protobuf blockchains will implement the upgrade to achieve higher throughput to handle the rising transaction volume. The ability to interoperate will bring composability to the ecosystem, with Protobuf it will be much easier for developers using various programming languages to communicate within the ecosystem and create novel applications.

In synergy with tools like Starport that allow developers to launch blockchains with a few commands and further coordinate the testnets with validators much faster, we can imagine the emergence of novel use cases and accelerated growth in areas like Decentralized Finance (DeFi) and Collectible economies powered by Non-Fungible Tokens (NFT).

Road to Stargate and IBC

Secure connection between blockchains requires trust in validators maintaining the actual state of the network. The Game-of-Stakes attracted and prepared solid staking providers and in March of 2019 Cosmos Hub was successfully launched on mainnet. There were two major upgrades, for the first year the focus was to battle-test staking, on-chain governance and provide a stable functioning network with a strong set of contributors.

Game of Stakes granted validators experience to be flexible to changing network conditions and on the 1st of May 2020 another incentivized competition called Game of Zones was launched to collect valuable data and prepare teams for the release of the IBC module. There were more than 150 participants.

IBC has been in development since the release of the original Cosmos whitepaper  - ongoing work to prepare and release the first version of the IBC specification that outlines the overall design logic and architectural overview.

The plan of transition from hub-3 to hub-4 was outlined in the Stargate proposal. It was followed up with a series of testnets to examine the main features and ensure that the ecosystem participants are prepared for software changes being in line with the upgrade procedure.

On December 15th the finalized version 1.0 of the IBC candidate was announced. Multiple teams and contributors were involved in the process of improving, testing and finding bugs.

And now we have come to the point to finally bring the original vision of interoperability to the Cosmos network.

What to expect after the Stargate upgrade?

The rollout will happen in two phases as happened with with the launch of the Cosmos Hub on mainnet. During the first phase cross-chain transfers will be disabled to ensure the network is stable. Activation of the token transfer protocol will happen via on-chain governance. A proposal with parameter changes and timelines will be submitted and if passed we can utilize a fully functioning TCP/IP for blockchains in production.

With the enablement of the IBC, healthy competition among hubs can drive the development of the whole ecosystem. Novel use cases like liquidity mining over IBC can become a reality. New projects will be able to easily attract validators from the hub and ATOM will play the role of insurance against misbehavior providing strong security guarantees for new projects in the Cosmos network. Another interesting utility is that ATOM might be able to accrue fees in whitelisted tokens.

The IBC is still in its early days and adoption will take some time. Cosmos has made huge progress in these two years and P2P is proud to be part of it as a validator and contributor from the very beginning of the journey.

P2P Validator is a world-leading non-custodial staking provider securing more than $3 billion from over 10,00 delegators across 25+ high-class networks. We are early ATOM investors and Game of Zones winners. P2P has supported Cosmos Hub from the first block taking part in all stages of testing and voting.