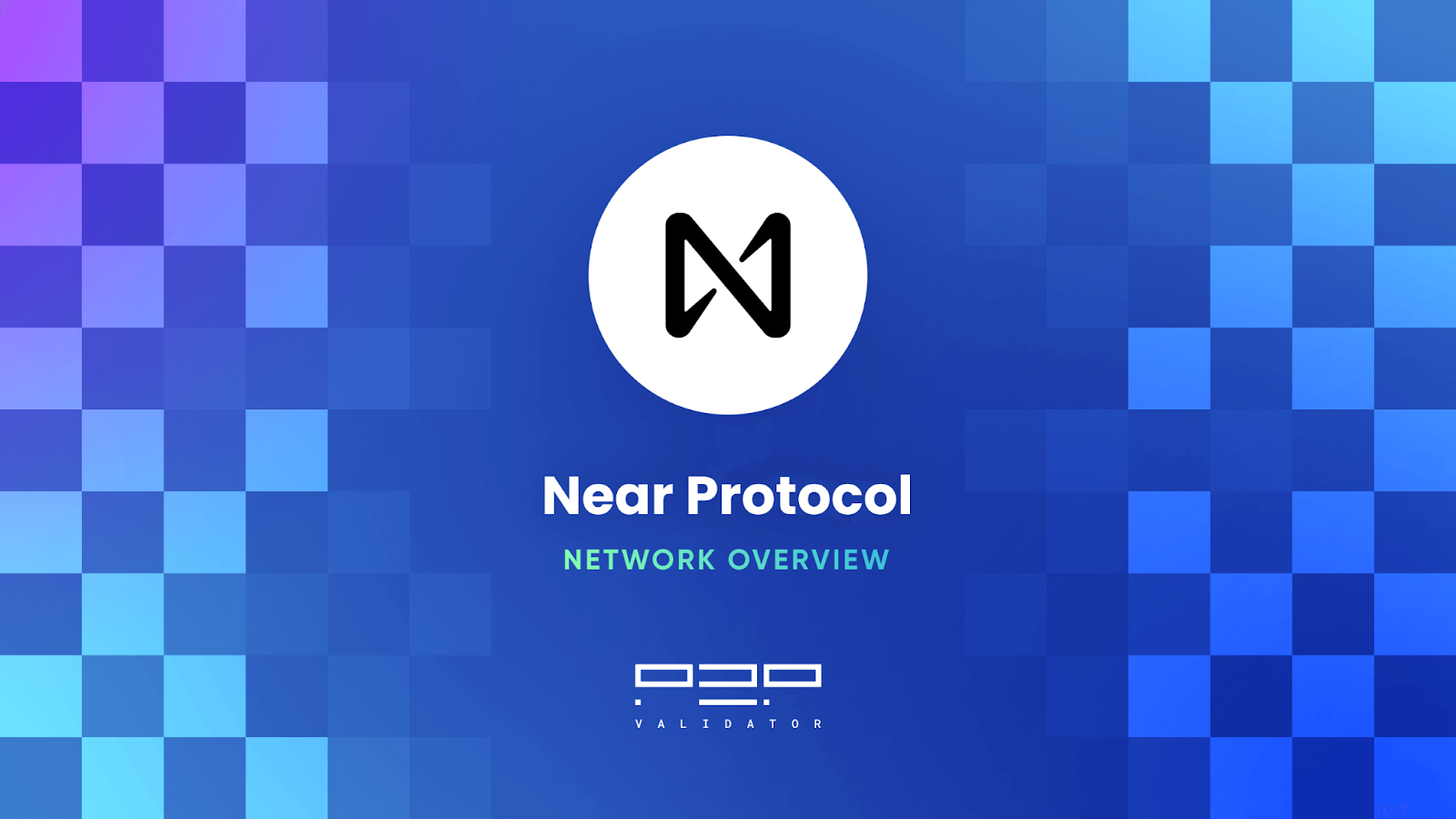 NEAR Protocol is an open-source platform built to streamline the development and growth of decentralized applications (dApps).

NEAR is designed with security and performance at the core, allowing developers to create applications which manage high-value assets including money, identity and contractual information, whilst at the same time allowing for quick and efficient access.

With a focus on providing developers with a clean, user-friendly experience, NEARs approach to development is one focused around accessibility and scaling blockchain applications to accelerate the world’s transition to open, decentralized technologies. The protocol is a public, sharded, developer-friendly, proof-of-stake blockchain, making it an efficient platform due to its scalability and ease of use.

NEAR is compatible with Ethereum 1.0 today providing a complete integration with Solidity contracts (without the need for rewrites). Furthermore, an ETH-NEAR bridge allows for cross-chain interoperability and communication. This provides developers with flexibility and removes the need to fully commit to just one tech stack.

Near Protocol was launched in 2020 with a vision to give back control of financial assets and sensitive data to the users to which it belongs, with an ambition to build digital infrastructure for a new internet where evil actors are barred from manipulating it.

Similar to what has been developed by Ethereum and Polkadot, NEAR is a base-layer blockchain allowing for applications and programs to be built on top of it. Imagine Amazon’s AWS, except controlled by the NEAR community.

Through the use of Sharding, NEAR has a capacity to scale up significantly beyond the capabilities of existing blockchain solutions. Unlike with non-sharded networks, transaction fees on the NEAR network can be kept low due to congestion on the network being alleviated through dynamically expanding the system’s capacity via resharding.

The NEAR platform is built around NEAR - a token which enables holders to use, build and deploy applications, take part in the governance of the network and earn staking rewards in the process.

The NEAR token sale was conducted in August 2020 with a fundraising goal of $12,500,000 which was successfully met. Investors include MetaStable, Electric Capital, Accomplice, SVAngel, Amplify and HomeBrew.

The NEAR token is the manner in which users - developers, builders, community members, use applications on top of the NEAR network. By “use”, this refers to e.g. submitting transactions on the network. This makes the NEAR token an essential utility unit within the network.

The network utilises a “gas” model very similar to that deployed by Ethereum used to pay for transactions on chain. Through a “block-rewards-with-burn” model, NEAR supply decreases over time as token supply is burned with rates of high usage. The annual token emission is 5%, while the final inflation can fluctuate based on usage and transaction burns.

Even a negative inflation is a possibility based on the amount of fees burned. The effective inflation rate is calculated every epoch (½ a day).

NEAR validators are rewarded with a predetermined inflationary reward with incentives aligned to incentivise enhanced network usage through improving validator return rates and security.

Currently slashing is turned off but it is considered to be added with an increase of shards in the system.

NEAR validators can be penalised in two primary ways resulting in a partial loss of a delegated stake:

These types of errors can occur for a number of reasons, both due to malicious intentions, as well as due to non-malicious errors or misconfigurations.

To better manage the risk of accidental slashing, NEAR network uses a progressive slashing system where the portion of slasked stake is a multiple of the amount of stake that exhibited the double signing behavior during the epoch in question.

To learn more about delegating NEAR with P2P, visit www.p2p.org/near.

P2P Validator is a world-leading non-custodial staking provider securing more than $3 billion in staked assets by over 10,000 delegators across 25+ high-class networks. Our infrastructure is under advanced monitoring with alerts and 24/7 technical support making it the best choice for institutional investors.

<h3 id="summary">Summary</h3><p>115 validators of different staking providers received "unapplied slash" during the era 2249 in Kusama due to not sending "I'm online" signal. 45 out of 115 validators are P2P validators where a possible slash would be around 0.6% of active stake.</p><p>Unapplied status means that it can be reverted through governance action, which is exactly what happened in that case.</p><h3 id="customer-impact">Customer Impact</h3><p>All slashings have been reverted and no customer funds are impacted thanks to councils who supported the request and voted for the <a href="https://kusama.polkassembly.io/motion/295">motion 295</a> to cancel the slashing.</p><h2 id="what-happened">What Happened</h2><p>Almost all of the active P2P Validator nodes were running <strong>0.9.0 version</strong>. Monitoring showed perfect performance although sometimes we detected CPU spikes during the election.</p><p>On May 13, there was a release note issued for the <a href="https://github.com/paritytech/polkadot/releases/tag/v0.9.1">0.9.1 version</a>. The release had “Low (upgrade at your convenience)” upgrade priority. P2P started to roll out this version gradually because this is our SoP for low priority upgrades.</p><p>On May 14, we got a notification via Kusama Validator Lounge chat which said: <em>“Just a heads up that the<strong> </strong>9010 runtime upgrade will happen in ~55 minutes at block 7,468,792. If your node is not on at least version v0.9.0, it will not be able to sync after that”</em></p><p>After the runtime 9010 had been applied, part of our monitoring services based on @polkadot-js/api stopped working due to it being an older version than required with the fresh runtime upgrade. We had an alert which would  have been triggered if all CPU cores had 95%+ load at once, but as only one core had been overloaded, it didn't fire. Therefore, we didn’t figure out that a  number of our nodes would get slashed. It took about 40 mins to understand what exactly had happened.</p><p><strong>See diagrams:</strong></p><p>CPU time of node under v0.9.0 that experienced CPU load during the election.</p><figure class="kg-card kg-image-card"><img src="https://lh4.googleusercontent.com/xbMcNNQasSYF-CWTDqRaczqDUKVhZcf2FFbTC5_ubeGcZs1mpMGCES6MOxYgZxW0NtLCNl4Nzcb5qNp5IzYk0BcgHQCrp2s0qVazGGMvct2QbkIgbpMlDX0dfNGcSPE373RGV0pJ" class="kg-image" alt loading="lazy"></figure><p>CPU time of node under v0.9.1 - no spikes</p><p></p><figure class="kg-card kg-image-card"><img src="https://lh5.googleusercontent.com/uqe0ePHHepSaTDa5rueOthMvifsFhezANDS7Y-vkQ5QxbfSO1QuPJbHiqVcwf9I8Xshh7pd2uzS-VWtzbZEGtJzgO02JojrjRAAaOEZwpaVdiAMNg835F0KHctcxPkuSUEab1XGO" class="kg-image" alt loading="lazy"></figure><p>Logs records nodes running on v0.9.0</p><p></p><p>Looking at logs it becomes clear that after the runtime upgrade, nodes were experiencing some issues with performance. We caught 61780 events, which is a huge number and very unusual.</p><figure class="kg-card kg-image-card"><img src="https://lh3.googleusercontent.com/bQTU71RRrNxVcfTAW8tKOgg-FQmrsrbYq3k5v2DeFqyyh4rWq3oyb-hbUq30BfzL5QdeuCda8XisWvr1C5i62oYkFPMpADfKWv5zhcdzbYGrC6tieoJzZXwTHDd2syjP0qB2Xk9l" class="kg-image" alt loading="lazy"></figure><figure class="kg-card kg-image-card"><img src="https://lh6.googleusercontent.com/tyErRh-yx8nhKGrEDIWdEcEwdmMKQfH-bv0w0VCNaZ_kG3yFmS2-7wNJq-EJmERFnoiUl1tV8LWSXpINXw8lt6hOoJ_Zyf5z9QoQpmTplkZUNfNLAHs2HalIv42I7QvVeE4PYT59" class="kg-image" alt loading="lazy"></figure><p><br>During CPU spikes, our validators were not able to send "heartbeat" events. Therefore all 115 validators got slashed due to the concurrent unresponsiveness of a bunch of validators, see offence <a href="https://wiki.polkadot.network/docs/en/learn-staking#slashing">Level 2</a>.</p><p></p><p><strong>In order to avoid further slashing, P2P team undertook the necessary steps as follows:</strong></p><p><strong>May 14, 21:30:00</strong></p><ul><li>Fix monitoring service</li></ul><p><strong>May 15, 00:30:00</strong></p><ul><li>Validation is recovered on all P2P validators</li></ul><p><strong>May 15, 00:40:00</strong></p><ul><li>Investigation in collaboration with other nodes operators and the Kusama dev team occurred.</li></ul><p><strong>May 15, 05:00:00</strong></p><ul><li>All Kusama nodes have upgraded to v0.9.1 that solved CPU spikes issue</li></ul><p><strong>May 15, 19:00:00</strong></p><ul><li>Set “--wasm-execution Compiled” flag for all Kusama nodes<br></li></ul><p>----</p><p>Slashing was reverted by one of council member Raul Romanutti who proposed cancellation of slash submitting the <a href="https://kusama.polkassembly.io/motion/295">motion 295</a> and no user funds were affected.</p><p>----</p><h3 id="lessons-learnt">Lessons Learnt</h3><ul><li>We should have  more resilient monitoring for our nodes and infrastructure</li><li>Follow polkadot-js releases to upgrade libraries on time</li><li>Look closely at network status during runtime upgrades</li></ul><h3 id="what-s-next">What’s Next</h3><ul><li>We are going to work on new infrastructure and improvements for monitoring services that will help us to avoid such cases.</li></ul>